General slow down for first byte across many sites

This tweet by Tobias Baldauf pointing out the change in time to first byte from the HTTP Archive Data peaked my interest.  In this thread would like to open up the data to everyone and put a few ideas on why this decline for “Time to First Byte”.   (Here is a side-bar post on the great data made available via HTTP Archive. Learn More About HTTP Archive)

Heading over to bigqueri.es to see if others had worked on this, found the post from Paddy Ganti analyzing this earlier this year as well. http://bigqueri.es/t/increase-of-ttfb-in-2015-relative-to-previous-years/588.  Starting with this query we built out the query with ranking.

Then accumulated the data into a Google Sheet, made the sheet public – Link to Sheet with data.

Looking into the data

Data shows the results from the 1st and 15th reports and we added in a top-10 grouping as well. Not sure if Tobias used 1st of month or averaged the month data as he had a bit smoother of a graph, but we both show the same results.  TTFB is increasing.  (Special thanks to Ilya Grigorik for cleaning up some of the data).  Note the data below is for the 50% quantile for each Top XX bucket. 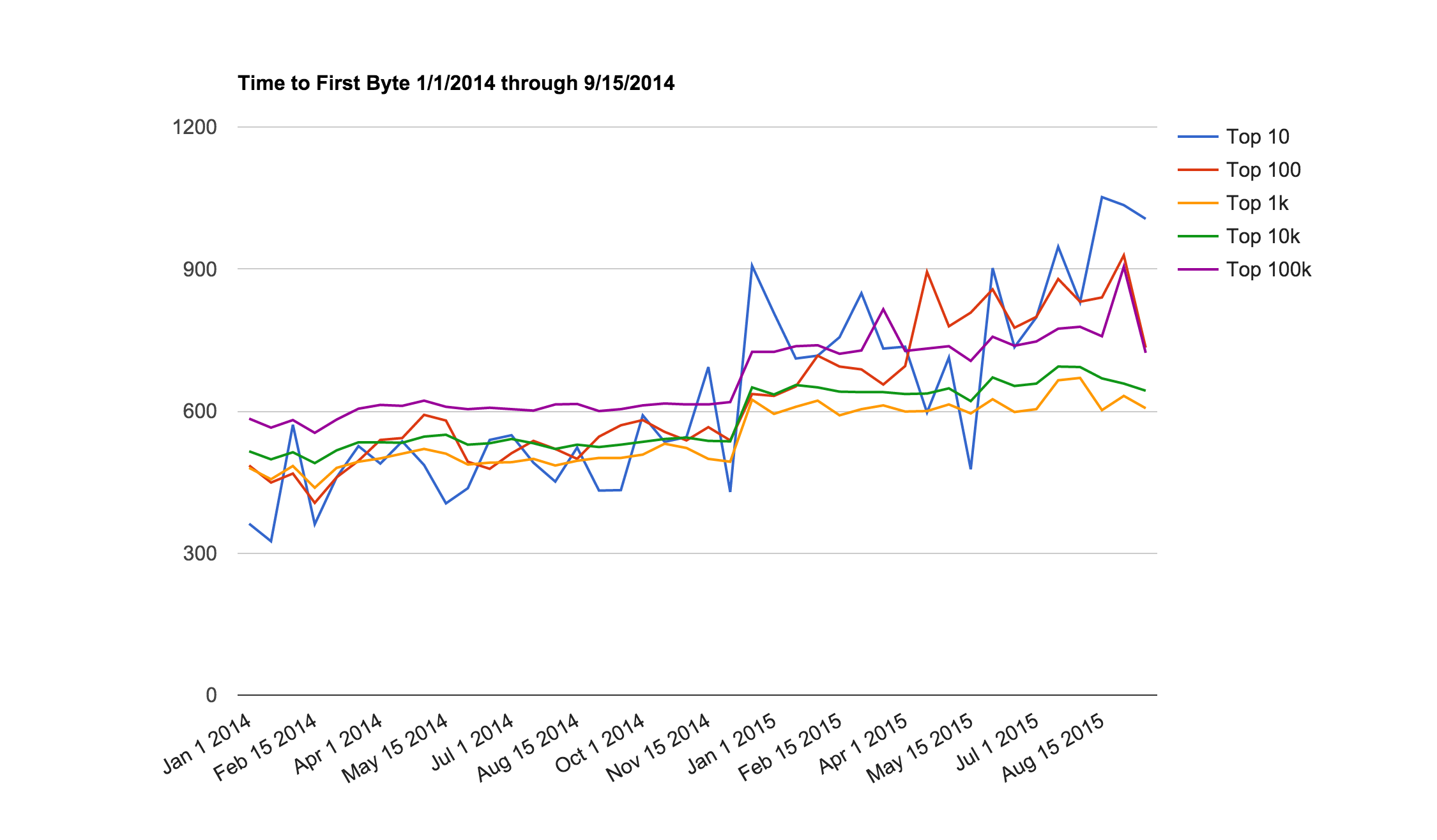 With even the top 10 sites increasing their TTFB something does not seem right  So we drill down into the top  10 pulling apart the individual TTFB for these sites.  To help distill this further I took the delta as percentage from the measurement made on 1/1/2014.  With the plotly graph we can interact with the data and begin to isolate the sites that have changed during this time. 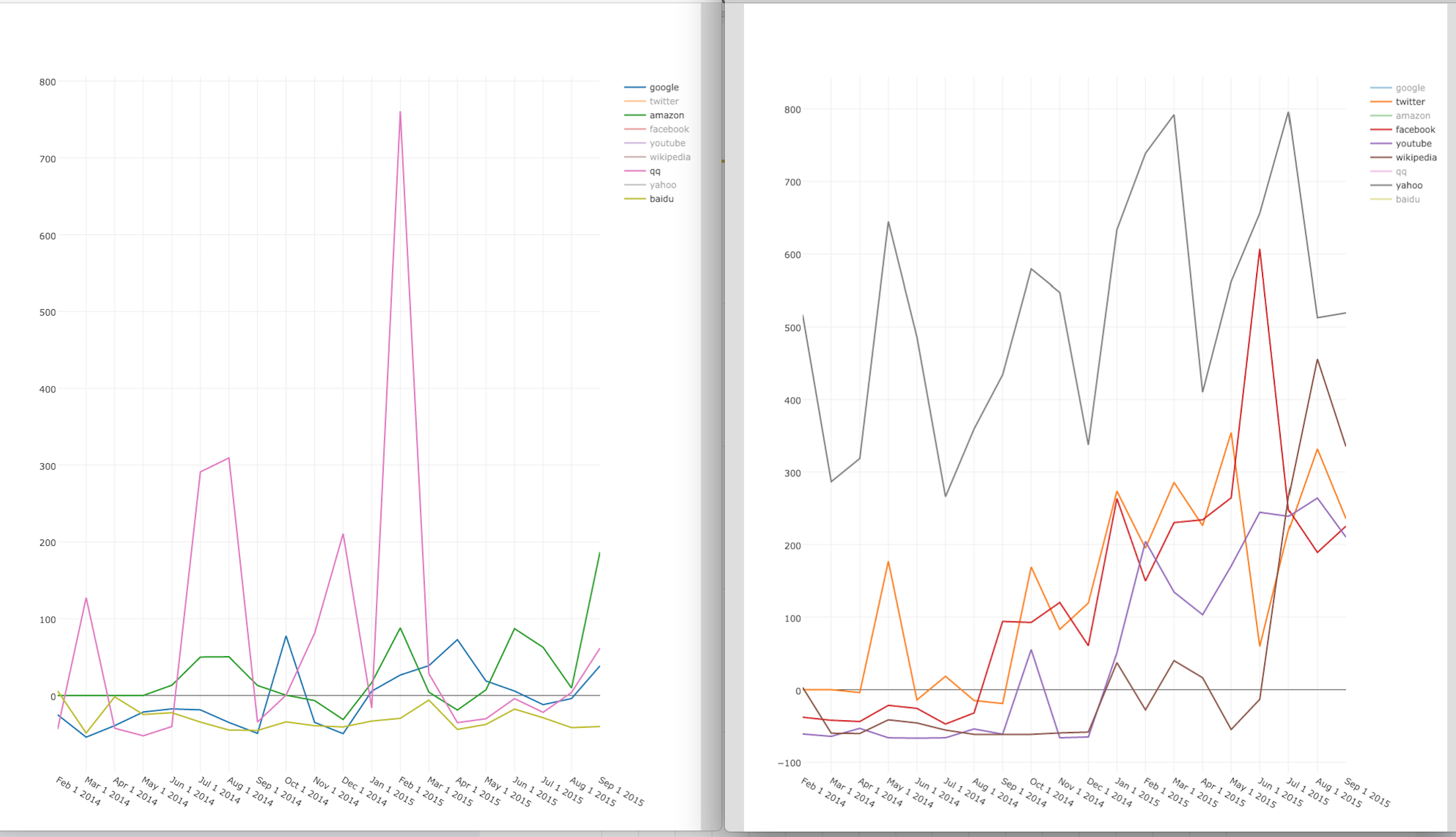 So why this change in time to first byte? The following are just theories, do not have a smoking gun.

Anyone else with a working theory and a method to test that theory?