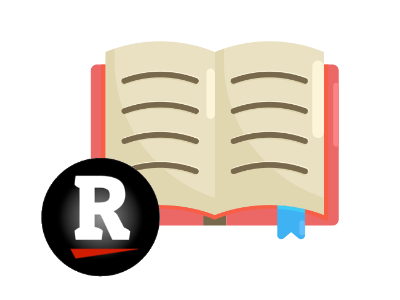 Load testing is a niche skill within the large trade of quality assurance. With any trade, being able to communicate effectively the nuances and concepts used is essential. In this brief post, we will go over several definitions that will allow you to speak the lingo using load testing terms. Below we have divided these into categories for better organization:

Virtual user – Each simulated user in a load test is referred to as a virtual user, and is the test-plan equivalent of a real user. Each load generator server may have multiple concurrent virtual users accessing endpoints at the same time.

Thread – For many tests (including JMeter tests) a thread is equivalent to a virtual user. More precisely however a thread represents a single process within a load test that may contain one or more virtual users.

AWS – The cloud framework we use for test execution is Amazon Web Services, abbreviated to AWS for short. With RedLine13, you create your own AWS account, and integrate with our platform.

EC2 – This is a specific service within AWS called Elastic Cloud Computing, or EC2 for short. Each EC2 instance corresponds to a load generator server.

Spot instances – The other type of AWS EC2 instance is called a spot instance. These are available at a potentially lower price than on-demand instances, however their availability is not guaranteed. You can read here about the benefits and drawbacks of spot instances.

Stress test – Typically this is a ramped test that will generate increasing load in order to determine if a target test application can tolerate, or otherwise determine a breaking point.

Soak test – This refers to a test that sustains a continuous load over a protracted period of time, in order to determine if a target test application can support such a sustained load.

Functional test – This type of test seeks to validate a use case for a target test application, without necessarily attaining a predetermined load.

JMeter – Apache JMeter is one of the most popular tools for creating a load test. You can read more about ruining JMeter tests in the RedLine13 Owner’s Manual.

JMX file – Test plan files created in JMeter are saved as *.jmx files. When running a JMeter load test on RedLine13, this is the file you have prepared ahead of time that contains your test instructions.

Output files – When reading about load testing on our blog and in our online documentation, you may see mentions of enabling “output files”. These comprise extra data collected including logs that have many uses once your test completes. One feature of this is the JMeter Dashboard Report, which provides complimentary results to your load test beyond what we display on your results page. Another useful feature are log files which enable you to more easily debug your load tests once they are running in the cloud.

Plugins – Redline13 is an extensible platform that you can add plugins to gain additional functionality. You can view all available plugins from the “Your Plugins” page and control which ones are enabled for your load tests.

Headless testing – This can also be referred to as request-based testing, where web transactions are run in headless mode without the overhead of a user interface.

API testing – Testing Application Program Interfaces (APIs) is a specific type of headless testing, where transactional data (usually in the form of JSON or XML) is validated either functionally or under load.

UI testing – This type of testing evaluates the “User Interface” (or UI) involves not only testing the web transaction, but also loads the browser rendering engine, images and other embedded files, and in some cases runs JavaScript code.

JVM – This is the Java Virtual Machine, which is required to run many of our load tests including JMeter, Gatling, and Node.js custom tests. When you create and debug your load test locally, you will need to pay attention to the version of JVM you have installed, and ensure that it matches the version used by your test on RedLine13.

JDK – This refers to the Java Development Kit, which is the usual way that the JVM is installed on your local machine. It includes additional tools for developing test plans and applications using Java.

Did you know that RedLine13 offers a full-featured free trial? Sign up now and start load testing today!