Amazon AWS tagging capability is powerful and yet little used in load testing. Redline13 has supported AWS instance tagging for years. RedLine13 has now increased the number of tags to give you more control and better load testing with AWS instance Tagging.

We previously wrote about RedLine13 support for AWS Instance Tagging where you can create your own tags. But first, let’s talk about what tags are and how they can be used.

AWS has a User’s Guide: Tagging Your Amazon EC2 Resources. This explains how it helps you “manage your instances, images, and other Amazon EC2 resources”. It also says that you can “optionally assign your own metadata to each resource in the form of tags. This topic describes tags and shows you how to create them.” 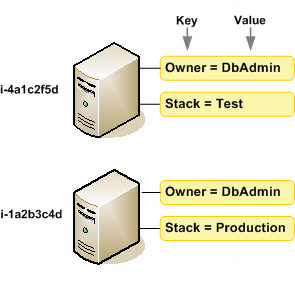 You can use EC2 tags for many things. They can help you group instances in the AWS console, run cost reports based on tags, set up AWS permissions based on the tags, and much more. Some users use them to tag resources by environment and type and then use that to run appropriate server updates on the right instances.

How Users Are Load Testing with AWS Instance Tagging

Antonio Gomes Rodrigues of SeLoger, and author of the new book Master Apache JMeter From load testing to DevOps, explains they benefit from using tags for load testing:

It allows us to have a more precise control of the EC2 instance. For examples:

RedLine13 gives you better load testing with AWS instance Tagging. Check it out and run your own test on RedLine13.