Our friends at UBIK-Ingénierie have recently updated their video streaming plugin. With the launch of version 3.0.0, UBIK has renamed the HLS Plugin to “UBIK Load Pack Video Streaming Plugin”. Prior to the launch of the original HLS plugin, there wasn’t really an easy or efficient means to test video streaming inside of Apache JMeter. So the UBIK team created the HLS Plugin as a means to do so. HLS, or HTTP Live Stream, was originally created by Apple and it has grown in popularity outside of Apple thanks to its integration with HTML5 video. However, another format was made readily available: MPEG-DASH. With the launch of version 3.0.0, UBIK’s plugin now supports MPEG-DASH as well, hence the rename. We have also integrated this plugin into core RedLine13 testing services, so you can now cloud load test video streams for (almost) free.

Dynamic Adaptive Streaming over HTTP, otherwise known as MPEG-DASH, is a vendor free format that allows for the the streaming of high-quality media over the internet, in the form of traditional HTTP web services.

First we will look at using the plugin locally (refer to UBIK-Ingenierie’s installation guide). In order to test MPEG-DASH files in Apache JMeter, once installed,  add the “ULP Video Streaming Plugin” as a sampler to your test plan. From there, all we then need is to input the URL of a manifest file, the plugin will automatically detect the format from there. While HTTP Live Streaming playlists use .m3u8 extension, an MPEG-DASH manifest ends with .mpd. The plugin even allows you to choose which part of a video you want to play, and you can manually select the network conditions (LTE, HSPA+, LAN, WIFI 802.11a/g, etc.)

Once you’ve completed your testing locally and are ready to scale, you can use the UBIK Load Pack Video Streaming Plugin on RedLine13. Log into your RedLine13 account, click “Start Test”, and then navigate to the “JMeter” tab. Once there, expand the “Advanced JMeter Test Options” tab at the bottom of the page. Additionally, if you’re a premium RedLine13 user you can click “Save the response output from individual tests. Capture Images, Generate JMeter Reports, calculate percentiles” so that you can download the JMeter HTML report once the test has completed. 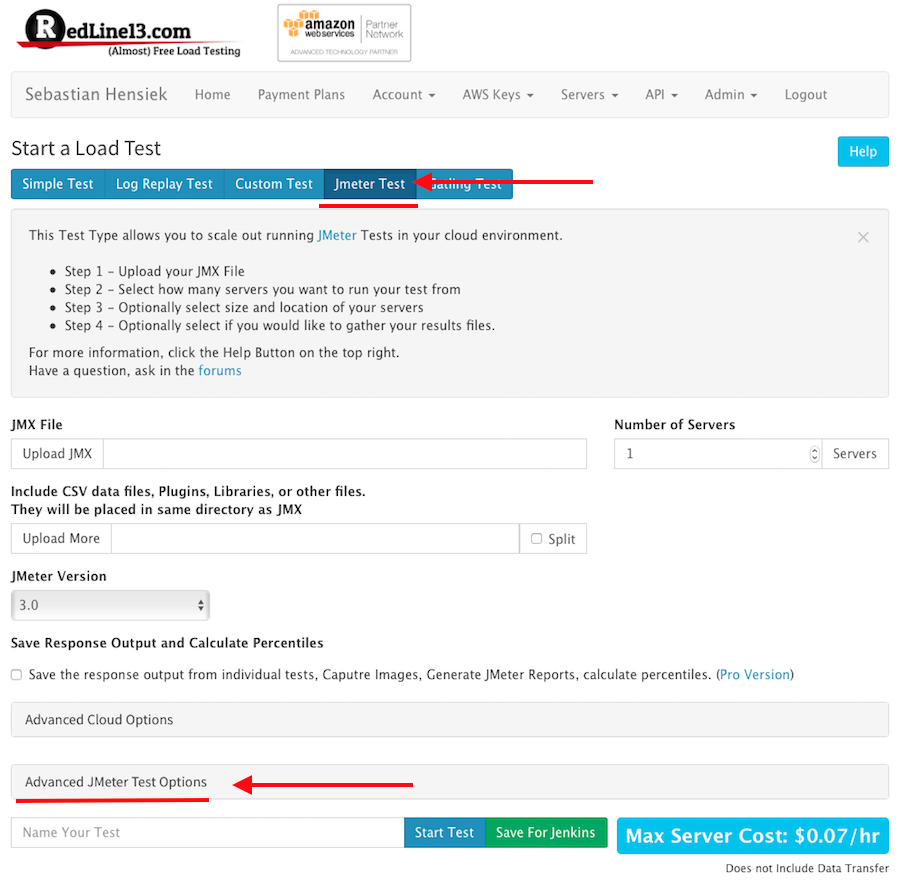 From here was can apply the ULP Video Stream Plugin to our load tests. Simply check the box next to “UBIKLoadPack Stream” and upload your plugin’s license. Hit “Start Test”, and you’re all set! 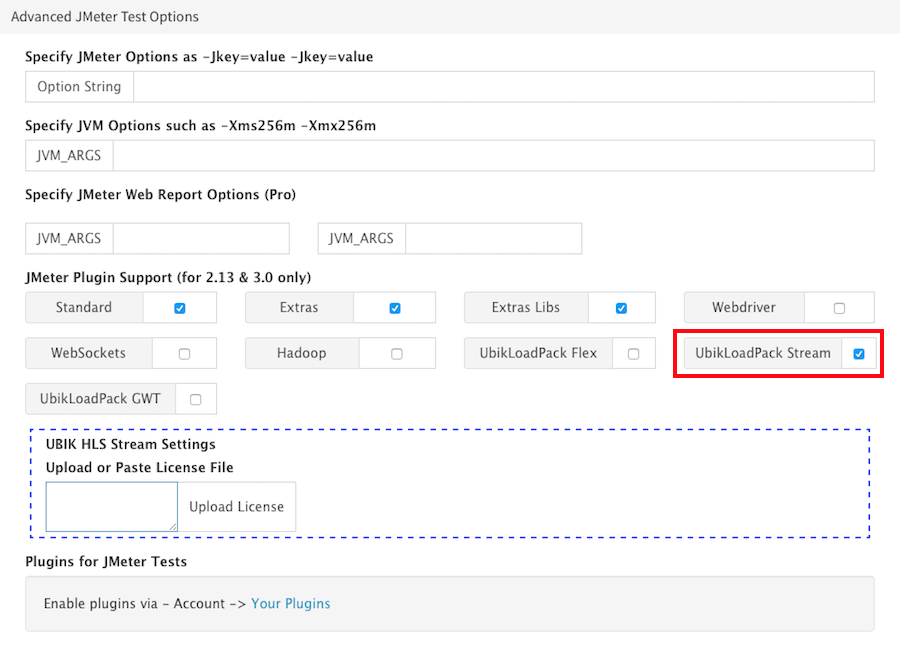 Once your test has completed, you can then view your results: (note: graphs may take somewhat longer to generate, as load testing video streams requires more resources)