Been following #AWS Reinvent and noticed the mention of AWS MarketPlace + HP Load Runner.  Turns out HP charges you more to run on your AWS, here is some basic analysis. 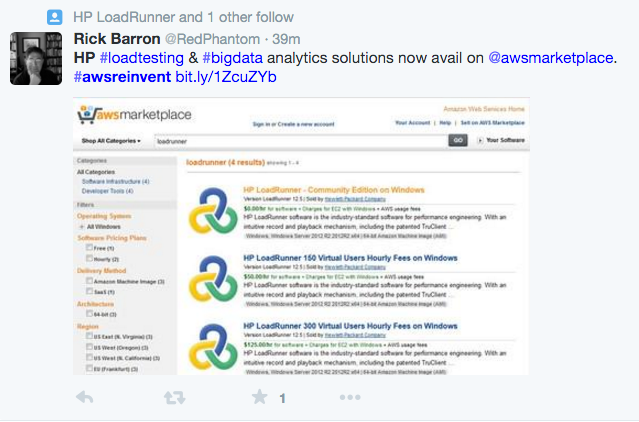 HP Load Runner Website Pricing – 2.00 to 0.56 per Virtual user per Day based on quantity

HP Load Runner is an enterprise class tool with great features required by many organizations.  We believe that the ecosystem of tools in load testing should include products such as HP Load Runner, however, the pricing should be consistent between platforms or perhaps even more aggressive on a cloud platform such as AWS.