Everything else was build up to the review of this slide. What is available in  open source load testing tools?  There are so many ways to slice and dice all the great open source projects and this slide is not a deep review or demo of each project.  I looked at the dimensions of the projects in terms of content covered in this presentation.

Underlying the list I found a few broader categories

What impressed me the most about this compilation of load testing tools is the longevity of so many.  There have been 8 or 12 that have been around greater than 10 years.  Of the six projects which had releases in 2015, five of them are older than 10 years.   This kind of active community is an impressive feat. 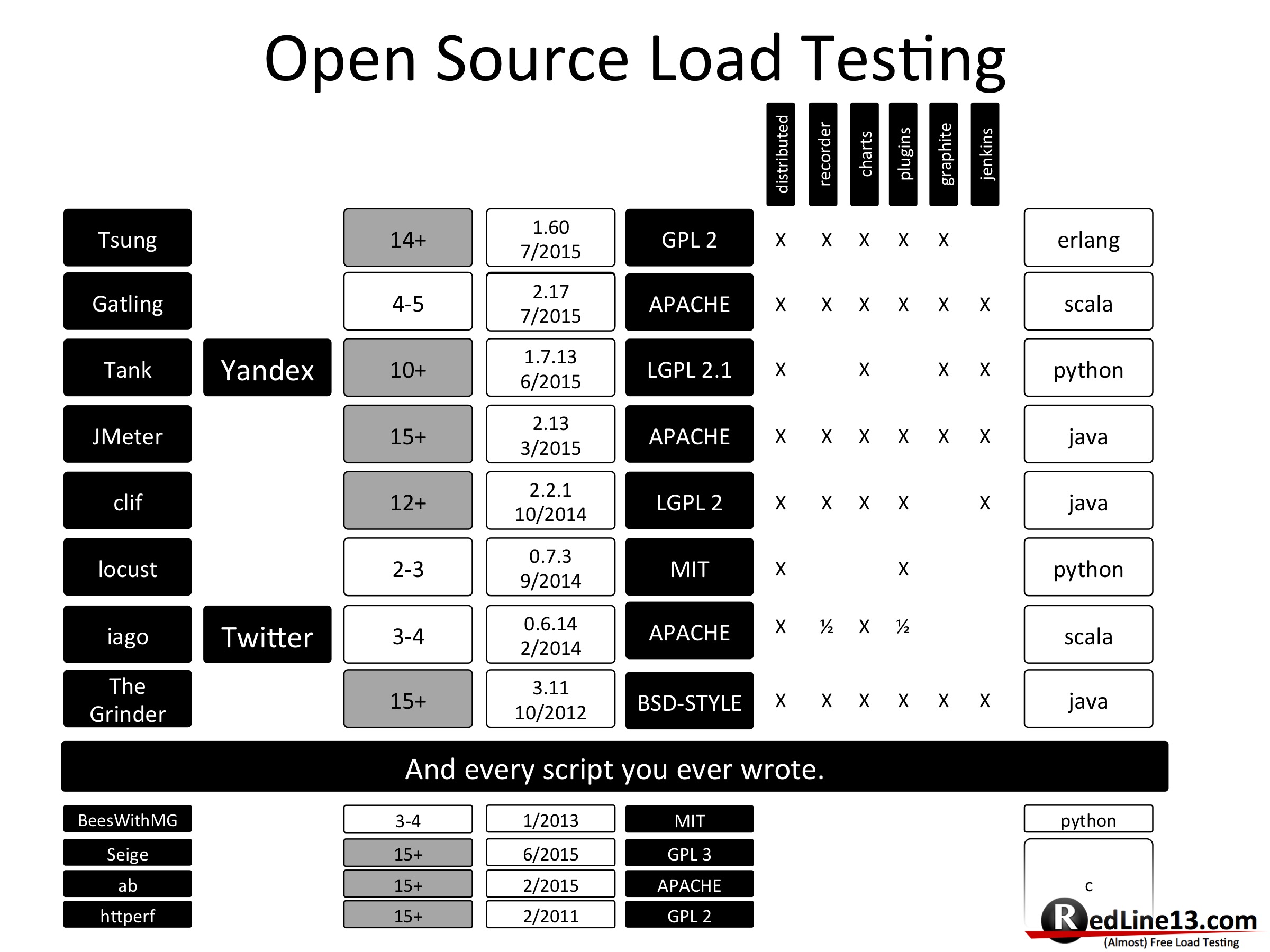 Here are references to each of the projects which provide the ability to create load test plans.