Application load testing for API endpoints can be done quite easily. You could even do this to compare different API platforms that you’re considering using. That’s what we’ll do here with a real case.

Zip Code API’s have become very popular because of the data they can provide easily and inexpensively. For example, one API when passed a zip code returns the city, state, latitude, longitude, time zone and more. Another will return all zip codes within a given radius of a zip code. And another will find the distance between zip codes.

There are three main API platforms for Zip Codes: Zip-Codes.com, ZipCodeAPI and SmartyStreets. You can look at the websites to see the different features. But all of that data doesn’t matter unless the data is returned quickly since most sites that call the API need to respond to a real person on their website.

So how fast do they return a response to your API call? This blog post will compare these three platforms for response time to show how you can use RedLine13 to do load testing for API endpoints.

The Test Details for Application Load Testing for API Endpoints

Here’s how we did the test.

10 users per server, 5 iterations each

– Each virtual user calls the API from Zip-Codes.com, ZipCodeAPI, and SmartyStreets.

– Each server has its own set of zip codes

– Each User-Iteration combination gets a different zip code

– Use RedLine13 for load testing 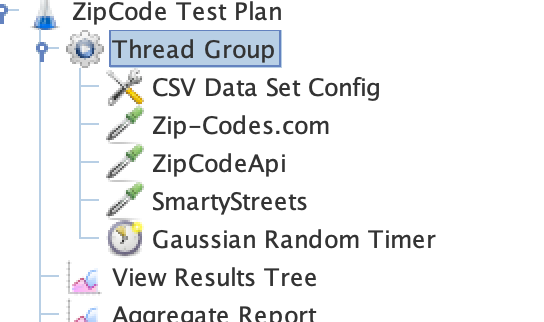 Read more about how to use JMeter to load test an API.

This test was a standard JMeter test for comparing API calls, easily testing it on multiple regions on RedLine13 required no special effort. In setting up your load test just add as many load tests from the different regions you desire.

First enable as many regions on your account that you wish. (https://www.redline13.com/Account/settings) 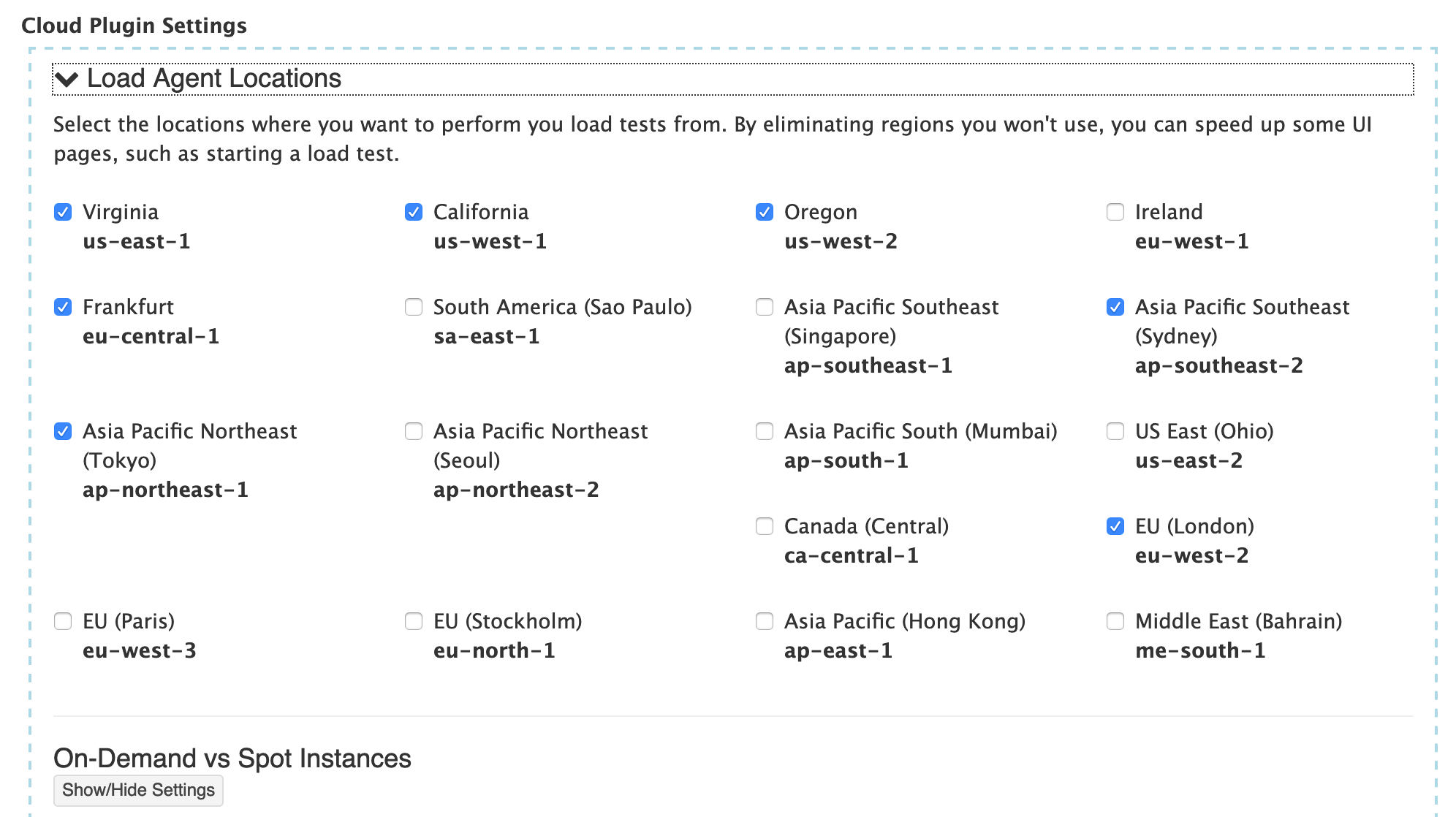 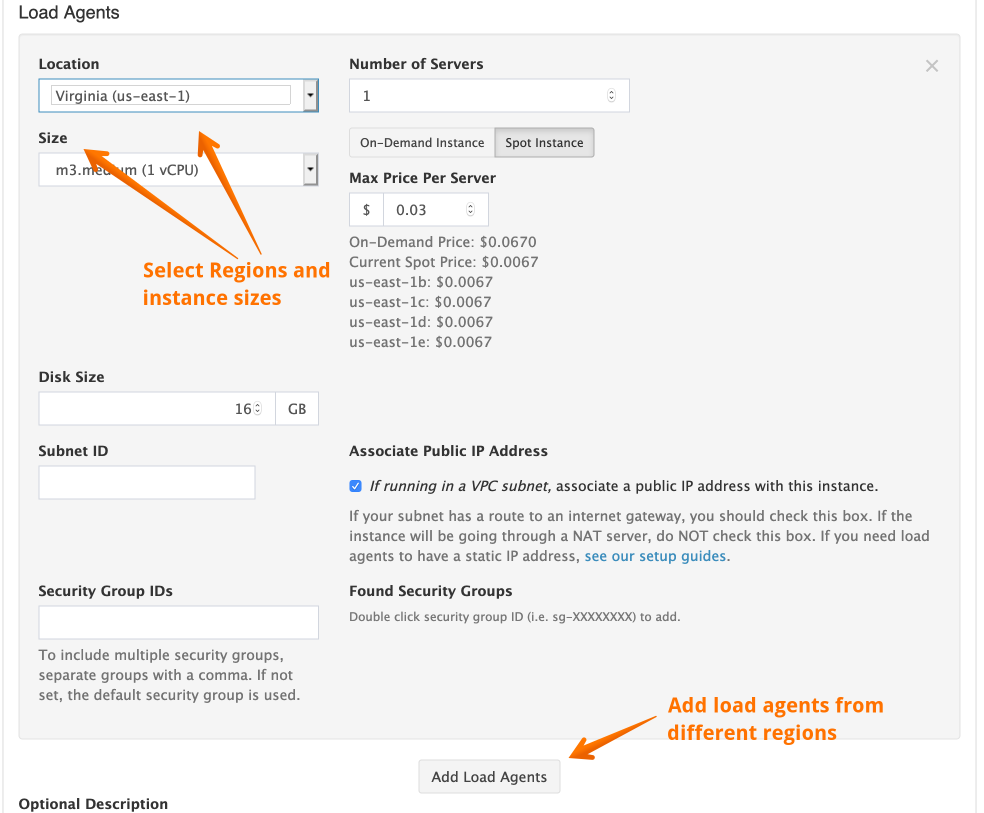 Putting this together you can run any JMeter test from load agents around the world and collect results.

The graph below shows percentage of responses that are below the times at the left. You can see that most responses are less than half a second.

Here are our summary observations:

The load testing showed that ZipCodeAPI provided near consistent performance. This is important, because it’s kind of the nirvana of a platform. In many systems power users suffer performance for their higher usage, but if you can give them consistent response time they will perceive performance to be as strong as they used it day one.

For details read on.

Here we will look at more graphs to see what else we can learn. 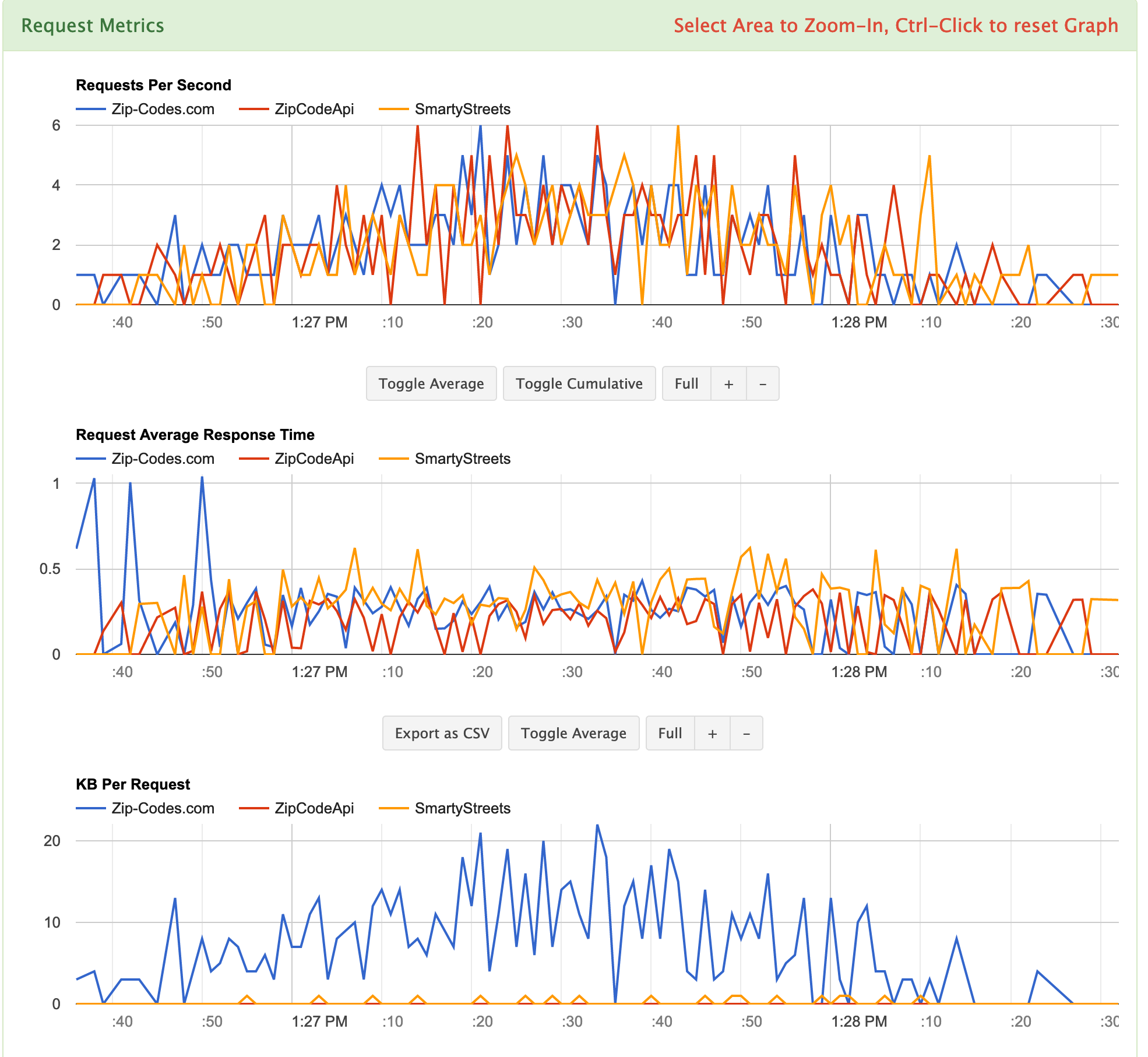 Why the 25% performance difference?

We noted at the beginning of the post that the graph showed a bump up at 25% with no apparent reason. Let’s dig into this. Is this just because 25% of the requests are faster than the rest? Is it related to picking four regions to use?

So what happens if we analyze the results from each server? 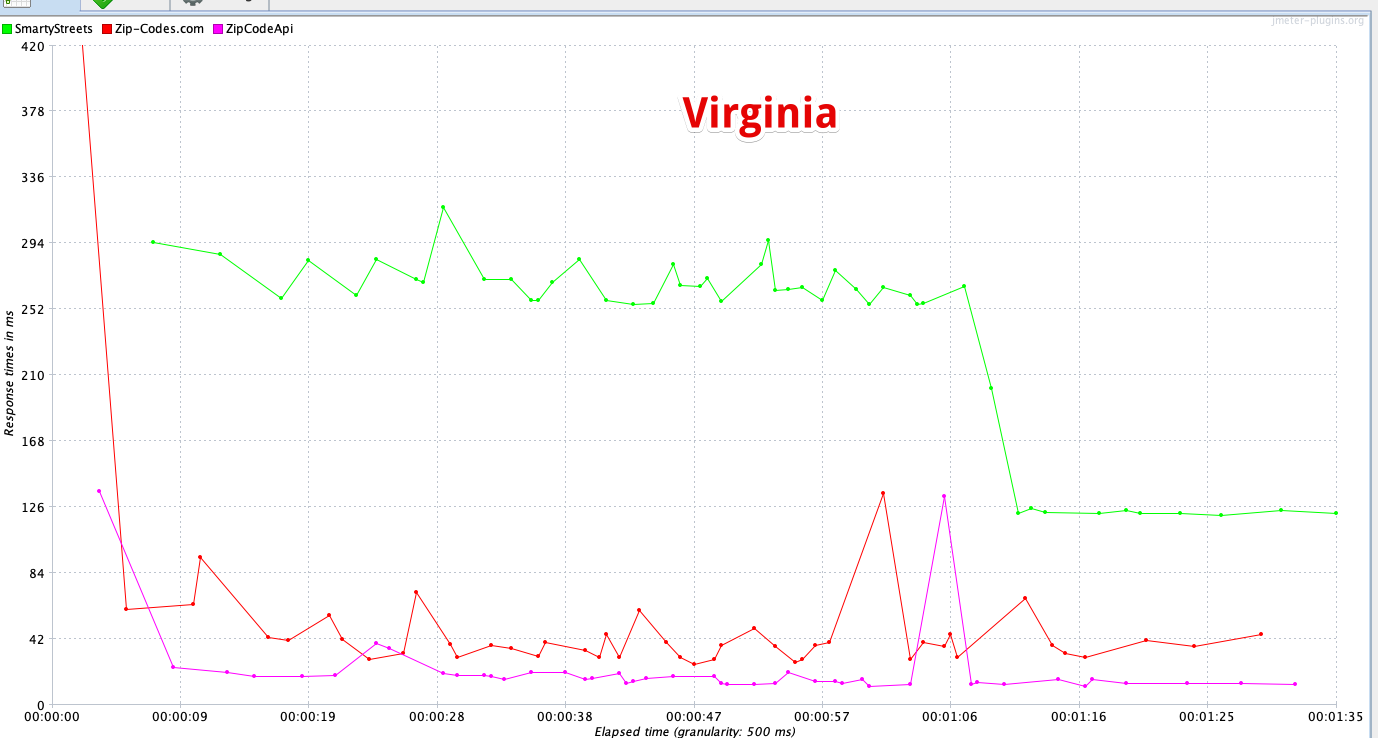 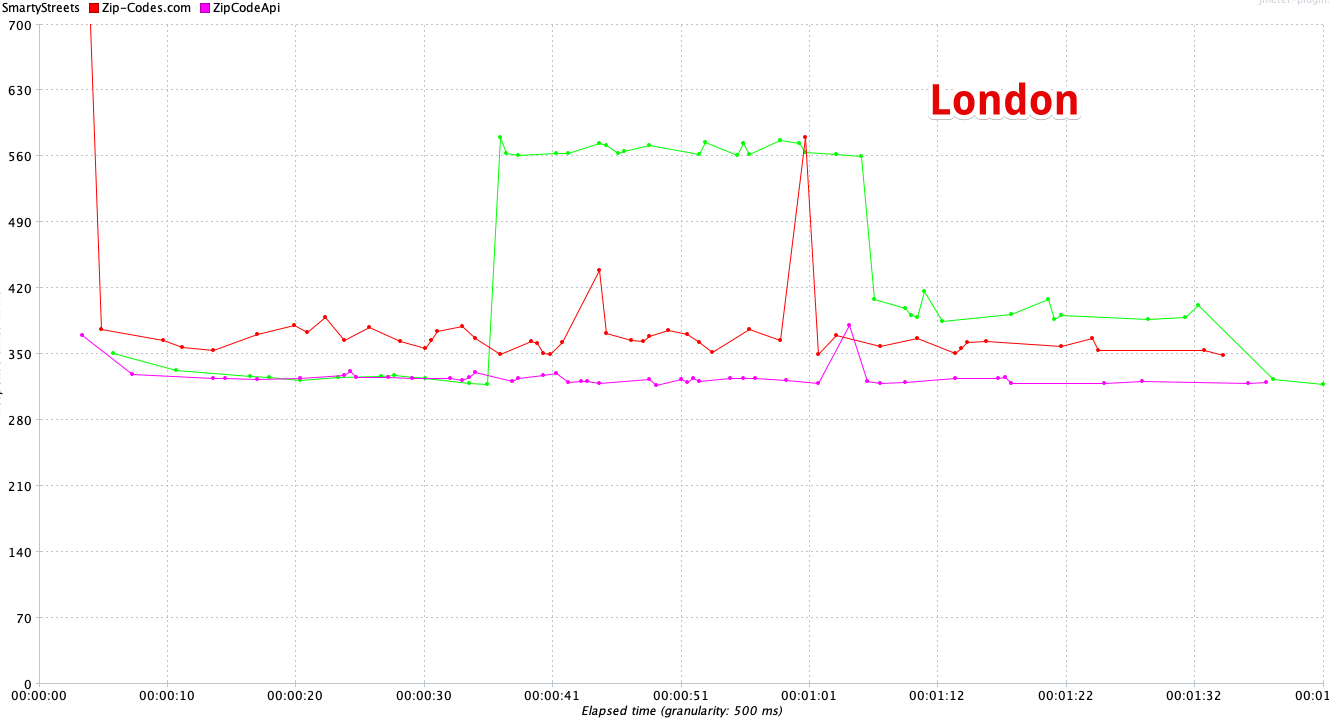 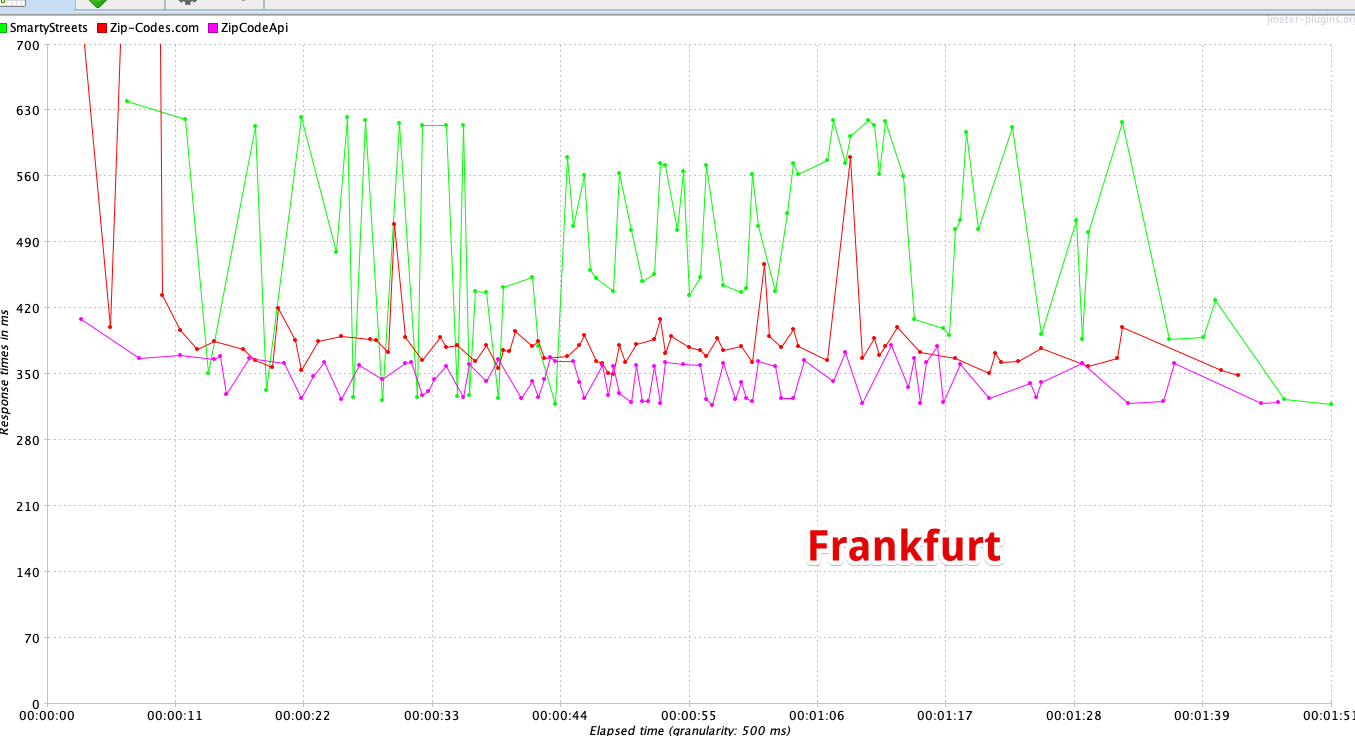 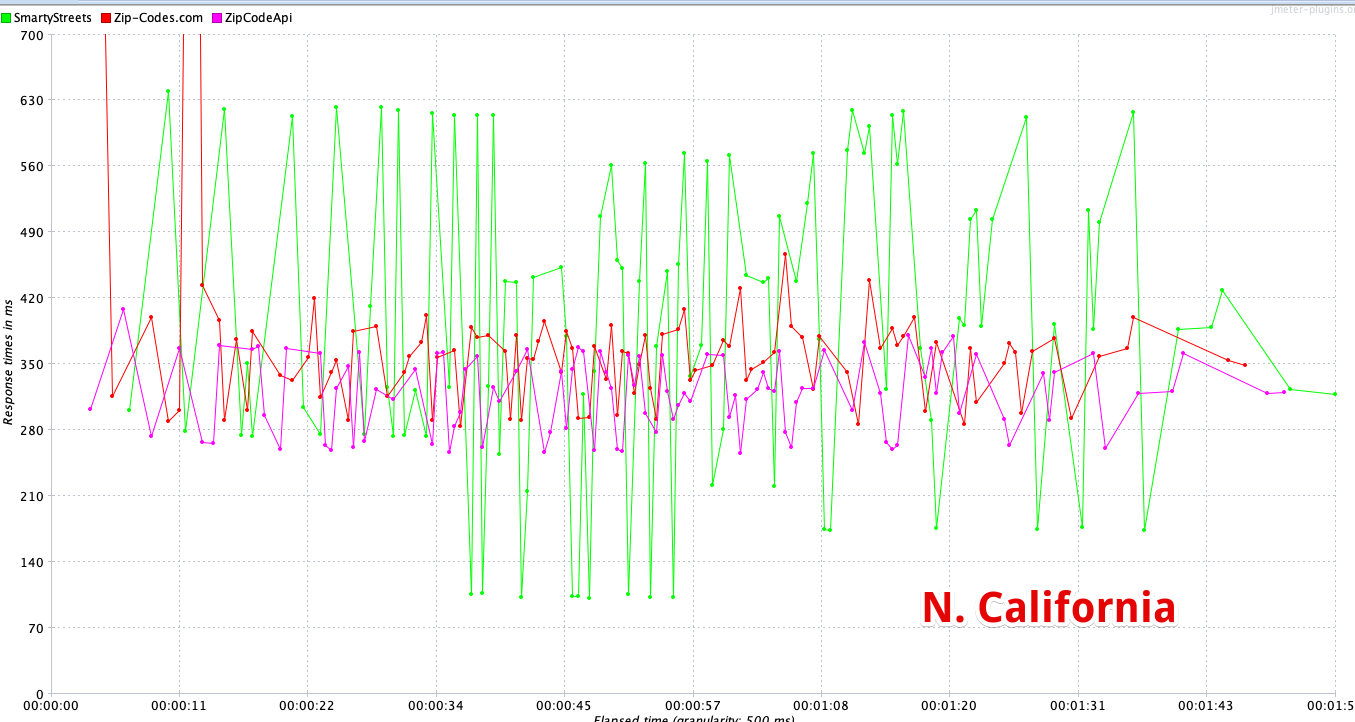 The graphs show that the fastest response times were from the local AWS Region Virginia. The next best was California followed by London and Frankfurt. The response times were excellent for all regions but they were best in Virgina. That is what accounts for the slight uptick at 25%.

You can read this a few ways

Want to try RedLine13? This guide and video walks you through running your first JMeter test on Redline13.

Comments are closed, but trackbacks and pingbacks are open.