AWS announced that the AWS Europe (Stockholm) Region is now open. RedLine13 announces that you can use RedLine13 in the Stockholm AWS Region for Load Testing.

The Stockholm Region joins Frankfurt, Ireland, London and Paris as the fifth AWS Region in Europe, and the 20th AWS Region worldwide. The AWS Europe (Stockholm) Region consists of three Availability Zones and with this launch, the AWS Global Infrastructure now offers 60 Availability Zones worldwide, serving customers in over 190 countries. The new AWS Europe (Stockholm) Region adds to the existing infrastructure AWS already has in the Nordics, which includes three Edge Network Locations in Sweden, and one each in Finland, Denmark and Norway, for customers looking to deliver websites, applications, and content to end users with low latency.

Enable the regions in AWS: https://aws.amazon.com/blogs/aws/now-open-aws-europe-stockholm-region/

To start testing in this new location (or in any location) log into your RedLine13 account. Then click on “Start New Test” and expand the “Advanced Cloud Options Tabs”. After that, simply select your preferred location. See EU Stockholm near the bottom. 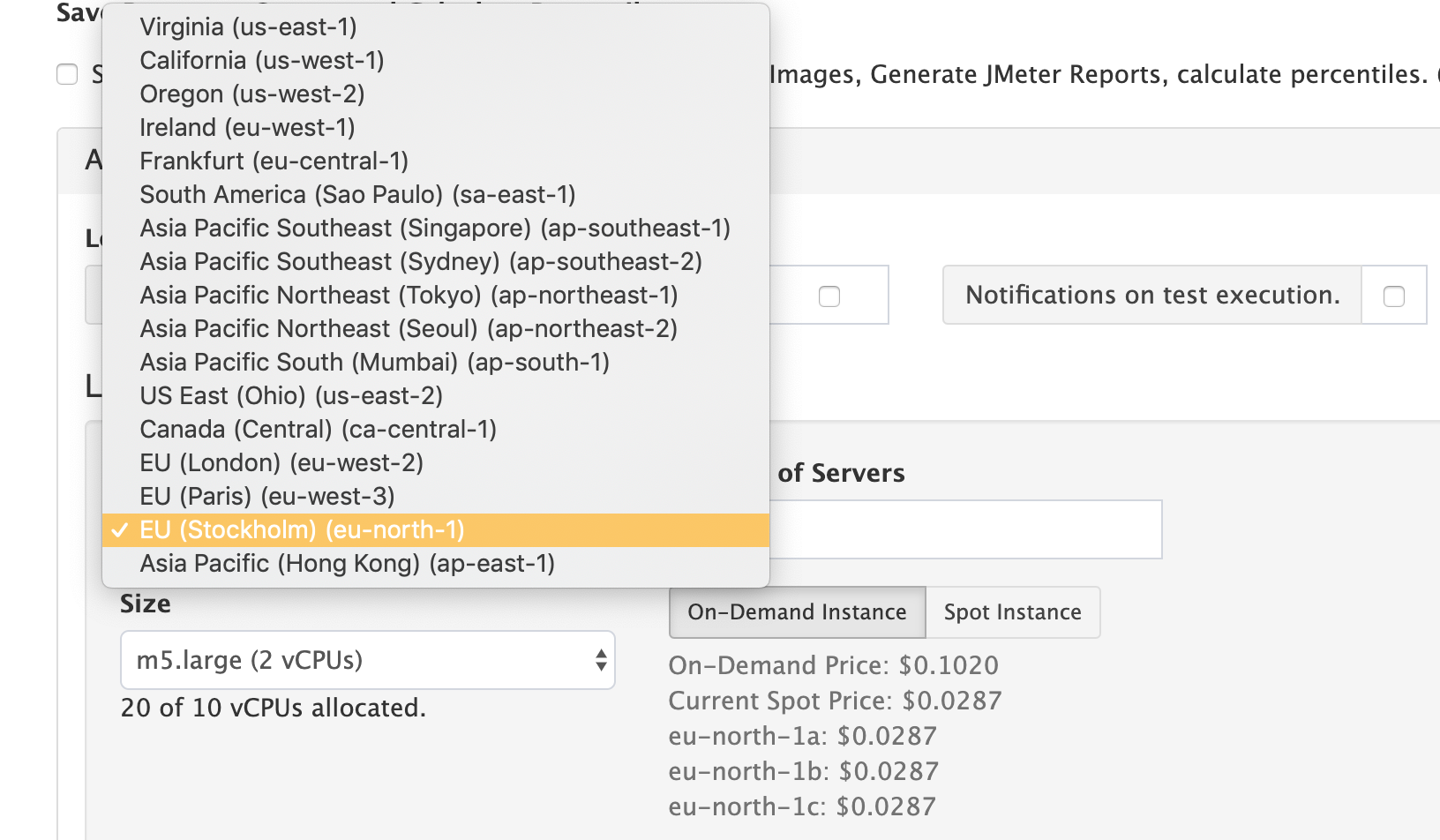 You can now use Stockhom AWS Region for Load Testing with RedLine13.