A while loop is a control flow statement that allows code to be executed repeatedly based on a given Boolean condition. It’s just a repeated IF→THEN statement. IF the condition is true, THEN execute the statements inside the IF block. JMeter implements this while loop by using the JMeter While Controller.

The JMeter While Controller basically runs children Samplers and the controller continues to run until the condition becomes false in the condition field.

The possible condition values could be:

The condition can be any variable or function that eventually evaluates to the string “false”. This allows the use of __jexl3, __groovy ,__javaScript function, properties or variables as needed.

As you can see in the above screenshot, the condition should be a “function or variable”. The while controller expects the condition to be “true” or “false”.

Some Common Use Cases

While with Counter: A while loop can be seen as a for loop when used in conjunction with a counter. You can download a sample JMX file from here.

This example illustrates how to use the Beanshell sampler JSR223 post processor combined with a While Controller to loop for a given number of iterations. The Thread group contains:

Here are the actual test results of this example: 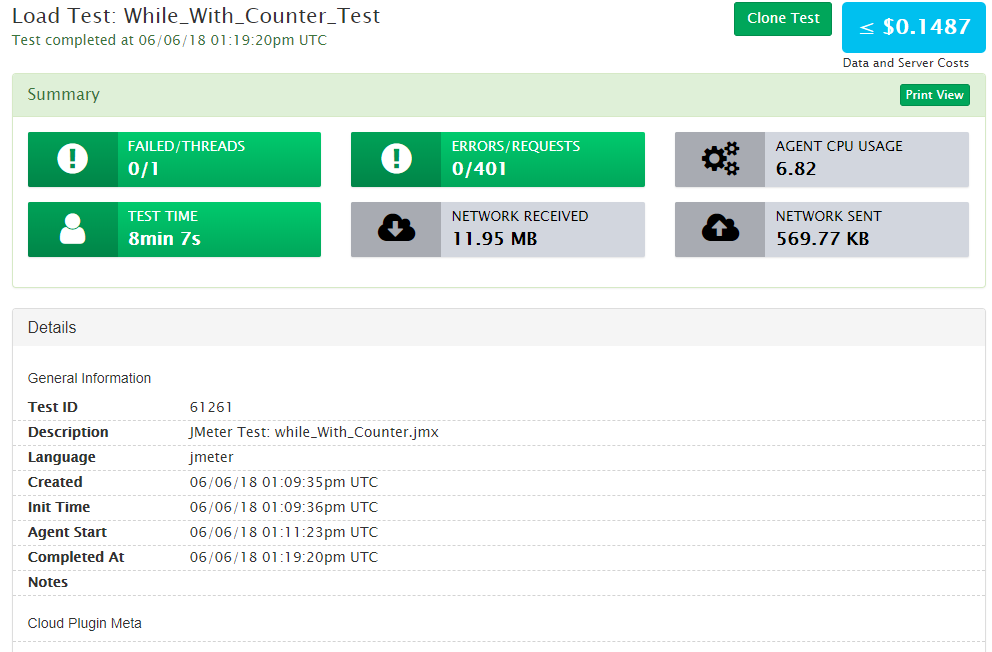 Since the loop count is 100, the http request executed 100 times. Here are detailed test results.

You can download sample test plan from here and run the test as was done above. With RedLine13, you can run a JMeter Load Test with your JMX script of any mobile application, web application, or API.

Run your own test on RedLine13.