This document describes different types of JMeter thread groups and their usage. When talking about performance testing, a very important factor is to try to simulate the actual user behavior as best as possible. In JMeter, Virtual user groups are represented by Thread Groups.

A Thread Group is a set of threads executing the same scenario. It is the base element for every JMeter test plan.

There are multiple thread groups available which can be configured to simulate how the users interact with the application, how the load is maintained and over what period of time.

Let’s explore each type of thread group in detail.

This Thread group is the most basic thread group. It has some standard settings and it can be adapted to fit most load test scenarios.

Arrival is the start of thread iteration. 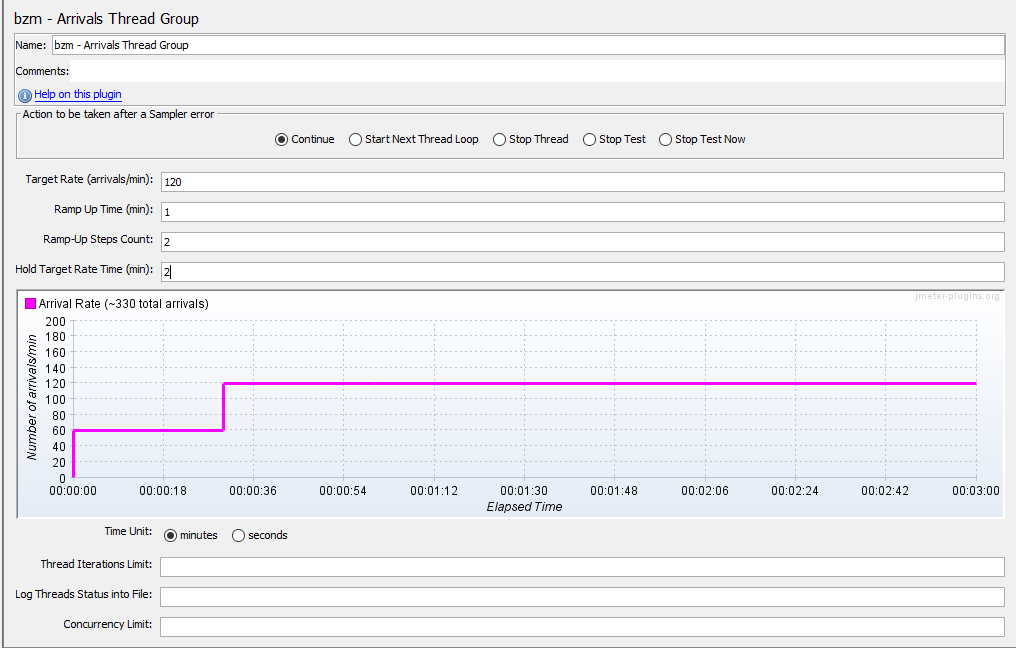 Explanation for total number of arrivals:

Let’s break our test into 3 parts:

This thread group is suitable for goal oriented scenarios. For example, if you want to see how your e-commerce application behaves when 50 orders are placed every second.

This Thread group is also suitable for goal oriented scenarios, but the goal here is to have control over the number of concurrent users over a period of time. 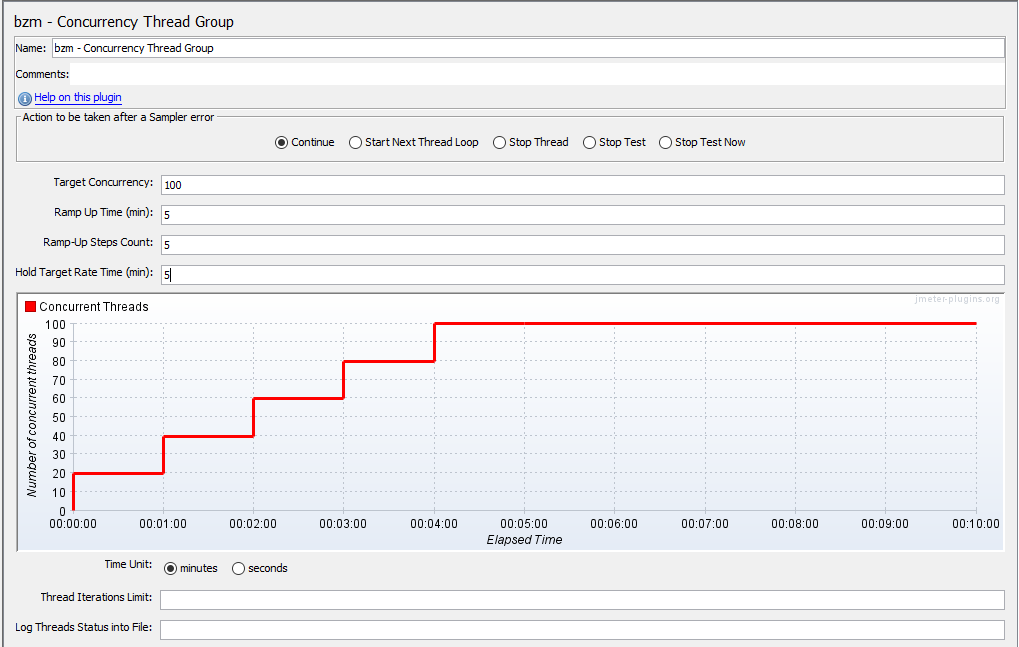 Explanation for above configuration:

It is similar to arrivals thread group, the difference is that this thread group does not have ramp up time and steps options. 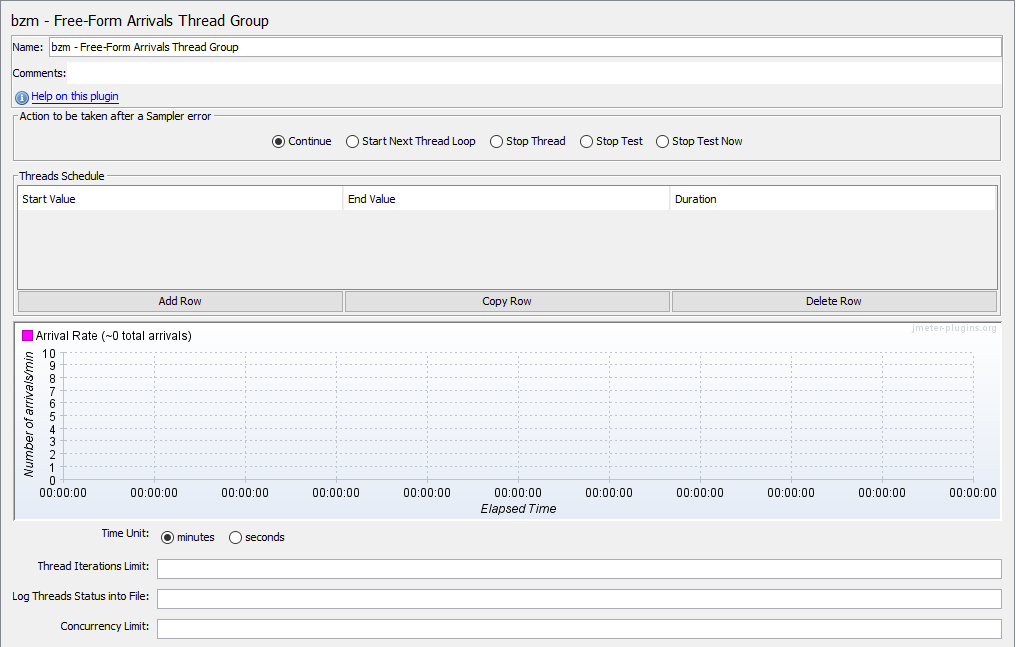 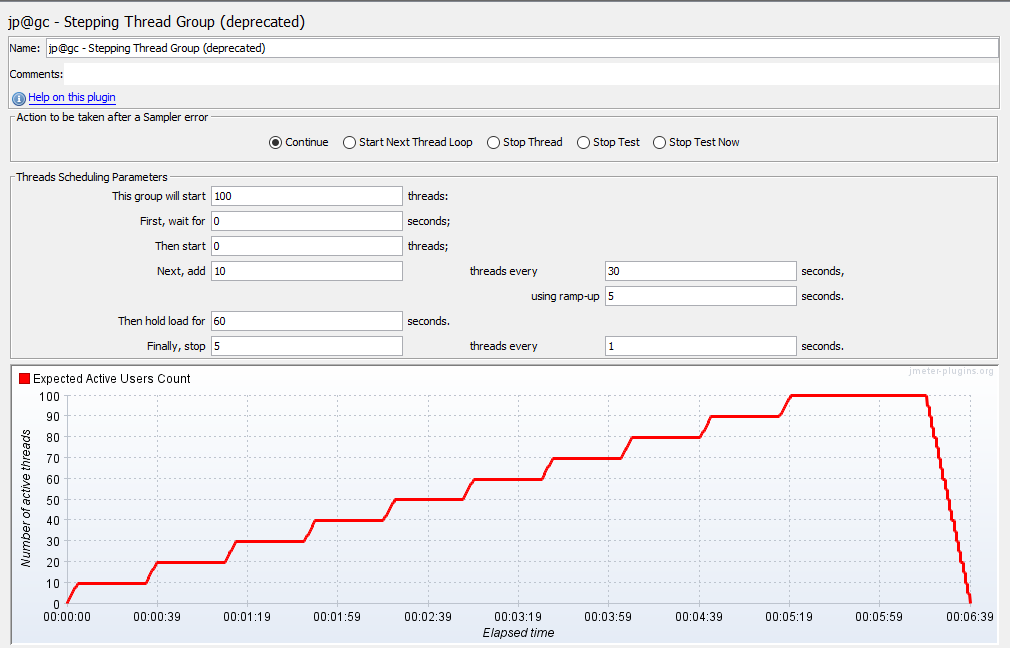 This is an older version of the Concurrency Thread Group and requires a bit more configuration.  Basically, the end result is the same, the only thing which is changed is the ramp-up and ramp-down.

In any case, for scenarios where you have to maintain a certain number of concurrent users over a period of time, I suggest using the Concurrency Thread Group since you don’t have to bother with much configuration.

The ultimate thread group is highly customizable and unlike the arrivals, or freeform and concurrency thread groups, this one kills the active threads after the set time has expired.  This would translate into real user behavior as the users close the application tab or browser.  This also means that the preview graph showing the expected parallel users will be really accurate since the ramp-down is controlled by the thread group, not determined by the execution time of each thread.  The thread group also fires up a new thread to maintain the thread count in the situation where one thread has finished executing.  See an example for this below: 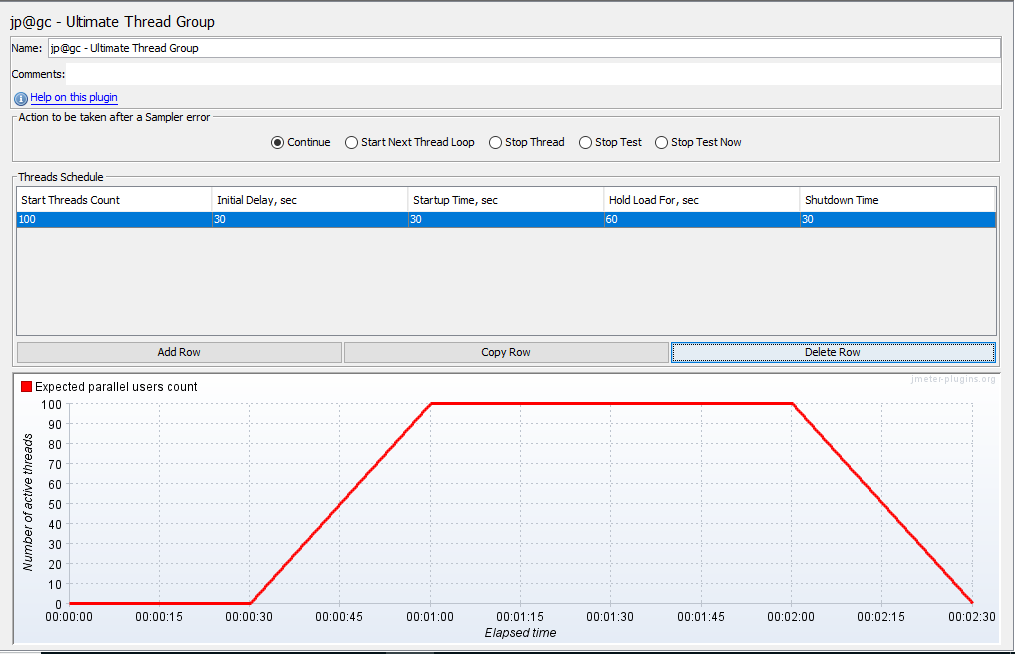 All types of thread groups have a common option “Action to be taken after sample error”, used to specify what action to perform when an error occurs.  It can be Continue , Start Next Thread Group, Stop Thread, Stop Test, Stop Test Now.

With RedLine13, you can run a JMeter Load Test with your JMX script of any mobile application, web application, or API.

With RedLine13, you can run a JMeter Load Test with your JMX script of any mobile application, web application, or API.

Run your own test on RedLine13.