We are very excited to launch JMeter + Selenium WebDriver

Plugin support (in Beta) on AWS. This little update makes it seamless to launch web driver tests at scale.  Create real user tests and generate images of the results as you would a normal Selenium tests.

Tested  on our Linux (Ubuntu) images

We have been asking ourselves how big can we scale a WebDriver JMeter test and what will it cost?   Sorry we don’t have the answer but we continue to investigate.  As in all load tests the performance of agents is also dependent on the details of the load test.  To give a sample here is the start of what can be accomplished.

Simulated 100 real users on 2 servers (m4.10xlarge) which were requested as spot instances.  I had run numerous tests, looks like I used it for 7 hours!

Test results were very promising, with CPU toping out around 20% used.  Once again this was a very light test and some test-cases completed as others where running. 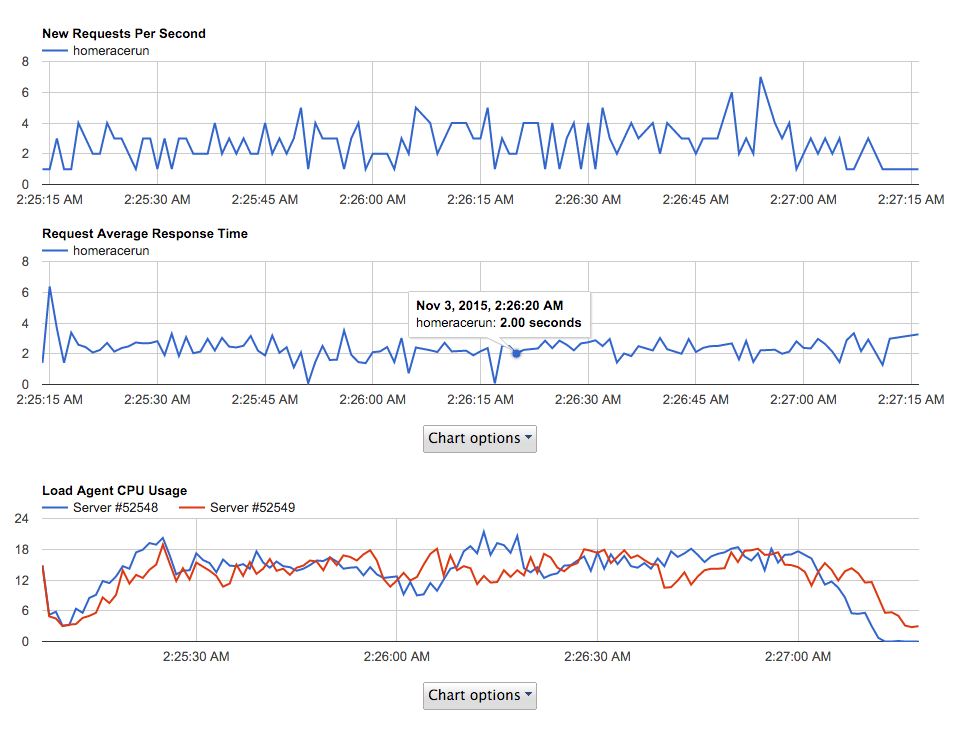 If these numbers hold up, get better, or come close we are talking about realistic mechanism to cost effectively to get to a 10,000 real user test.

Looking forward to RedLine13 users taking this new feature for a test drive and pushing it to the limits.