A run down of all the data available during and at end of a test plan.

Before we dive into the displayed graphs, in ‘Pro’ you can access your raw data and information by selecting “Save the response output from individual tests and calculate percentiles”.  These results will be available at the end of the test run are separated by test server.

The first two graphs are aggregated across all servers and endpoints which metrics are gathered for. 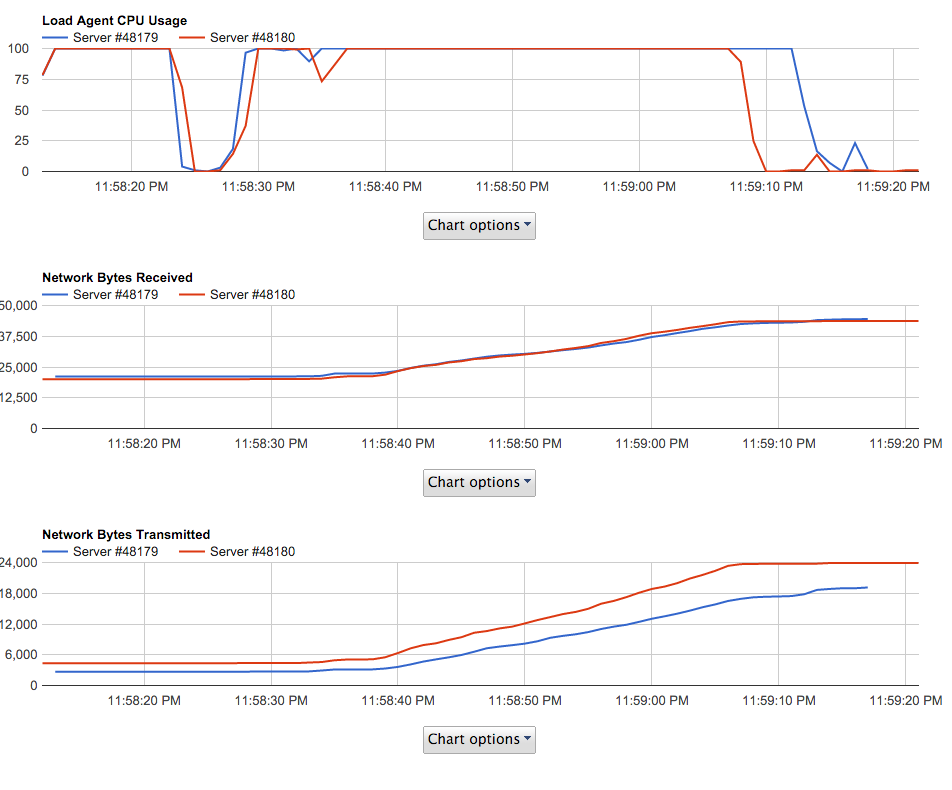 For our purposes, the percentile represents the percentage of pages that responded at or faster than a specific time 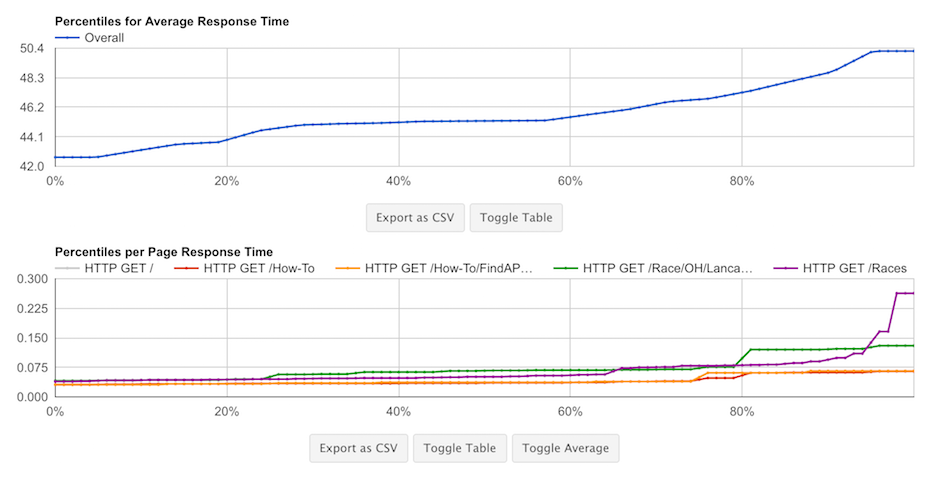