We have improved the way error messages are displayed during test startup. Previously, error messages from AWS were being hidden. Rather than showing raw error from AWS, it would say “Automatically canceled due to test startup error”:

The generic message was not clearly stating the issue. We’ve added two new updates that will fix this: 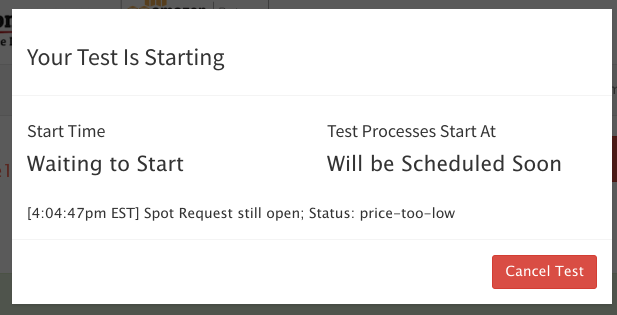 First, during a test starting up with a Spot Instance request, we will show real time the messages as received get back from AWS, even if the spot request is in a waiting state.

Second, we will post this message in the error box for an automatically canceled test. Displaying more detailed information will ensure a better diagnose of load test startup failure.