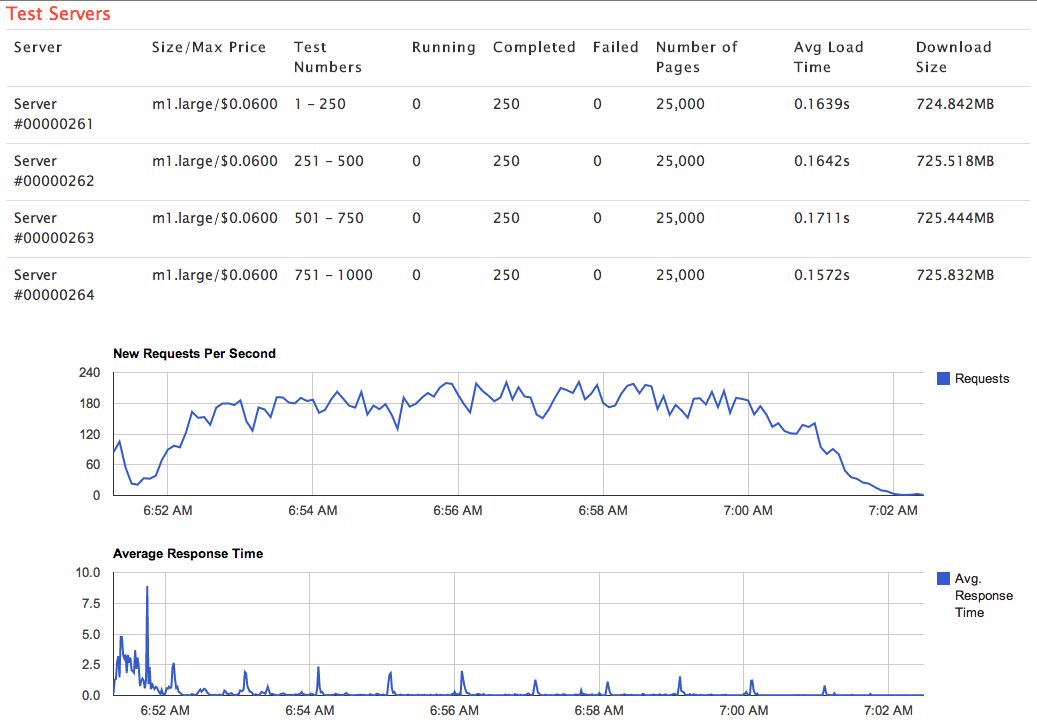 With the growing number of companies using RedLine for (Almost) Free Load Testing, we are encountering new ways that people are using our service.  Last week we had a large user who collected data over a very long time from a number of users and different URL end points.  This resulted in a large data set and it frankly broke the way we were displaying data in our graphics.

We have made some nice improvements, that even small tests will benefit from:

We hope you note the performance improvements and continue to spread the good word about or Amazon based load testing!